“I Felt Like I was Flying”: Marijuana Users Push for Change in India

The conversation around marijuana use must change, users say

“Is it really such a bad thing?” Akshay thought before smoking marijuana for the first time. “I was at a party in my college in Pune where a pot joint was being passed around in a circle,” he said. “I took the joint and smoked it. I was in an altered case of consciousness. It was very interesting. I smiled a lot, I liked it.”

Akshay said he smoked pot that day because he wanted to seem cool and hang out with the popular crowd in the college.

“I grew up in a very controlling household. Smoking pot was something new. I kept doing it because there was a thrill in doing something that was considered taboo. It was rebellion,” he said. And soon it became part of his every day.

“Our life revolved around marijuana. 5 people in our college room would go dutchto get that 200 rupee packet. We used to manage our finances around scoring pot,”

At first he would borrow weed from his seniors or some friends, later he started going to the source directly. “One day we reached the spot where our senior had directed us. We were very nervous. A young boy of thirteen or fourteen spotted us, came up to us and asked “tumhe chahiye kya? Aunty wahan rehti hai?” (“Do you want it? Aunty who sells it lives there”). When we said yes he gave the weed to us and took the money,” said Akshay.

Akshay’s smoking followed him after college, and into his professional life.

He would wake up and smoke a joint. Then on his way to work, roll a joint and smoke. Between work during his break he would also smoke one and at the end of the day, after work he would smoke before going to bed.

“Soon I realised that using it so much is affecting my productivity. It was affecting the decisions I’m making and the person I am in social situations,” he said. “When you are high, you can enjoy just by yourself and don’t feel the need to communicate with other people. You also forget things when you are stoned,” he said.

Akshay started thinking about how he should cut down. “The consequences become more than I bargained for,” he said.

At first, he decided to quit cold turkey. “I failed many times. My energy was spent in controlling myself instead of my professional and social life. I would feel guilty and then smoke for the whole week and then try to quit again,” Akshay said.

Now he only smokes marijuana after work. “In the morning I exercise or take a cold shower then I don’t have to do this [smoke pot],” he said.

“My relationship with marijuana started getting better,” he said. “My parents also know about it. My dad has helped me score pot many times,” Akshay tells The Citizen.

People in India have been using cannabis for thousands of years, through oral routes (in the form of bhang and its various preparations) as well as through inhaling the fumes (in the form of ganja or charas). Cannabis itself is not really 'new' or 'exotic' to India. The British government actually adopted the policy of discouraging the use of cannabis (perhaps in an attempt to promote alcohol, which was a source of revenue). In 1985, with the NDPS Act, charas and ganja were completely banned and criminalized (while bhang continued to be allowed), according to Dr. Atul Ambekar, Professor of Psychiatry at NDDTC, AIIMS, New Delhi.

As per the recent statistics, (report - Magnitude of Substance Use in India, 2019, by Ministry of Social Justice and Empowerment and All India Institute of Medical Sciences), about 2.8% of Indians (10-75 years old) which means about 3.1 crore individuals, are cannabis users. While more people report using Bhang, addiction or dependence is higher among those using ganja or charas. “Interestingly, rates of cannabis use in India are much lower than the global average,” said Dr. Ambekar.

He also added that many countries around the world are realising the folly of keeping cannabis banned and hence are taking some corrective steps - ranging from decriminalizing consumption (while the product remains banned) to legalization (means the product is regulated by the government and available legally to the consumers), he added. Recently, in 2020, the matter of cannabis scheduling in the international drug control system was discussed in the United Nations following recommendations by WHO, based upon thorough analysis of scientific evidence. By a majority vote, cannabis was removed from schedule 4 and retained in schedule 1. In simple terms, this means that earlier cannabis was labelled as "very harmful and useless"; now it is "harmful but useful".

Over decades, a large amount of scientific data has been accumulated which clearly shows that while cannabis can certainly be harmful, the degree of harm or risk at the population level with cannabis is much lower than many other drugs (including legal substances like alcohol or tobacco). In the light of this evidence, many countries have begun realizing that complete prohibition and criminalization of cannabis is causing much more damage to their society.

It leads to an unnecessary burden on law enforcement and the criminal justice system. It takes away the resources which can be deployed to control more harmful drugs. It leads to a black market and loss of revenue to the government. So essentially, the drug mafia controls the market and not the government.Very importantly, a ban on cannabis means its medical potential cannot be fully utilised. Growing research shows that many useful medicines can be produced from cannabis (which are not addictive), according to Dr. Ambekar.

20 year old Imran was curious to try marijuana as a 16 years old in Srinagar, Kashmir. It was very easy to obtain, according to him. “It's the easiest illegal thing to get in India,” he said. “It is especially very common in Kashmir among our generation,” Imran added. Imran has also been caught by the police with Marijuana, “I just negotiated with them,” he said.

“The first time I did it, it felt like the end of my life, so I decided I will never do it again,” said Imran. A few years later he took it up again because “It gives me so much relief,” he said. As a poet, Imran usually writes when he is high. He also uses it to sleep and fight his insomnia. “I can also focus on things after I smoke Marijuana. I am much closer to my consciousness,”

“I can also talk about the things my parents stop me from talking about, like politics, because I am a Kashmiri,” he said.

“Marijuana or cannabis has some unique pharmacological properties. Most people who use it, on most occasions, would experience euphoria, pleasure, a sense of calmness and relaxation,” according to Dr. Ambekar. “Occasionally, people may also experience unpleasant effects like anxiety, restlessness, fear or panic. So, when people say that it is relaxing, they are correct. That's exactly what cannabis is supposed to do most of the time. However, using cannabis (or any drug) to achieve relaxation is not a good idea,” he said.

Relationship of cannabis use with mental health problems is well known, and bi directional. People with pre-existing mental symptoms may be vulnerable to use cannabis and people who use cannabis may experience various mental conditions. So, if someone is suffering from mental health issues, using cannabis is not a good idea. Some mental symptoms may actually worsen with consumption of cannabis. Best approach for either - mental problems or cannabis use - is to seek advice from a psychiatrist, added Dr. Ambekar.

“I have always been open to trying Marijuana, Ek Baar toh banta hai, (trying it once is okay)” said Alisha. When she did for the first time after her 12th standard boards, she realised that it was “harmless,” she said.

“The first time I did it, I wasn’t that high but the second time I did it, I felt like I was flying and having a great time,” she said. “I was fully in control,” she said. Since then when she smoked, she was much more secure and in control of herself. “I think it's a great recreational activity,” Alisha added. “I laugh a lot when I am on it, I sometimes dance, and always talk a lot,” she said.

Alisha still doesn’t tell everyone she takes marijuana, “I am not open about it. I don’t trust people with this information. I always worry if it can go back to my parents,” she said.

Alisha’s biggest fear however is being caught by the police. “It's really bad if you get caught. You cannot just have this conversation in India,” she added.

According to Dr. Ambekar, Indian law, the NDPS Act (1985) has been termed as a draconian law by legal experts. The NDPS Act clubs all narcotic drugs like heroin, cocaine and cannabis in the same category, and users of any of these drugs are treated as criminals. Any law which criminalises drug consumption is a problem, not a solution. Data shows that the majority of cases booked under the NDPS Act are drug users, not traffickers. Many experts believe that the NDPS Act is in need of reforms and amendments overall (and not just for cannabis). Some media reports suggest that the Government is considering amending the law. “Let's hope that there will be some positive changes,” said Dr. Ambedkar.

“We also must consider the impact of the NDPS Act on the overall drug use situation in India. While rates of cannabis use are lower in India, our rates of opioid use (much more harmful than cannabis) are three times higher than the global average,” Dr Ambekar added. “Over the past two decades rates of opioid use have more than doubled in India. So it seems that control on cannabis use is coming at the cost of an increase in heroin use (which is way more destructive),” he added. 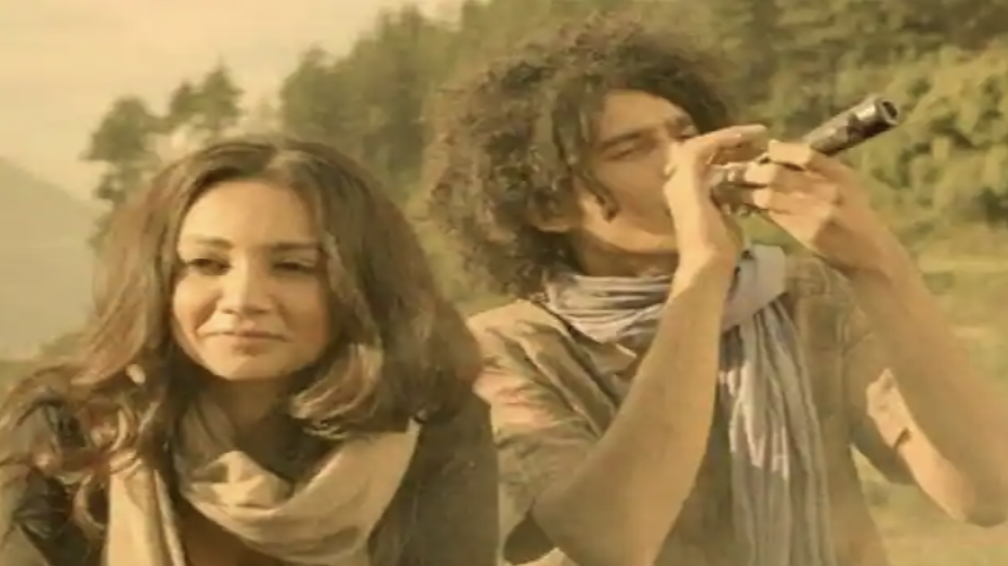 A Book on Adityanath - More a Politician Than a Sant

Caste Versus food: Who Can Afford to be Vegan in India?

C’mon Kill Me! 30 years of Prahaar